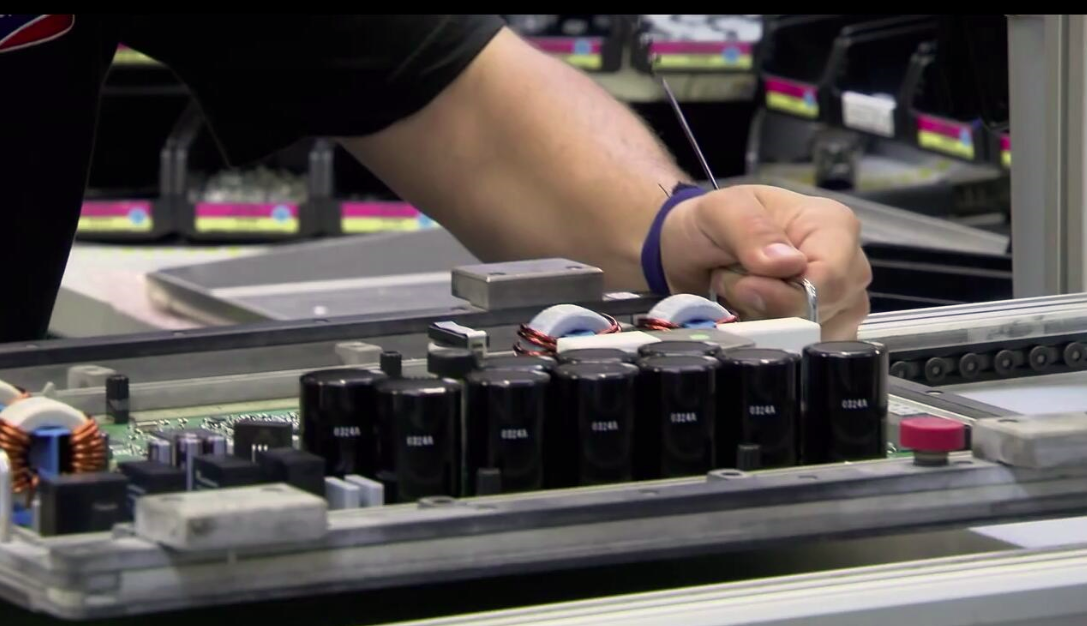 2 comprehensive description of the automatic production line in the process of pcb assembly and welding. 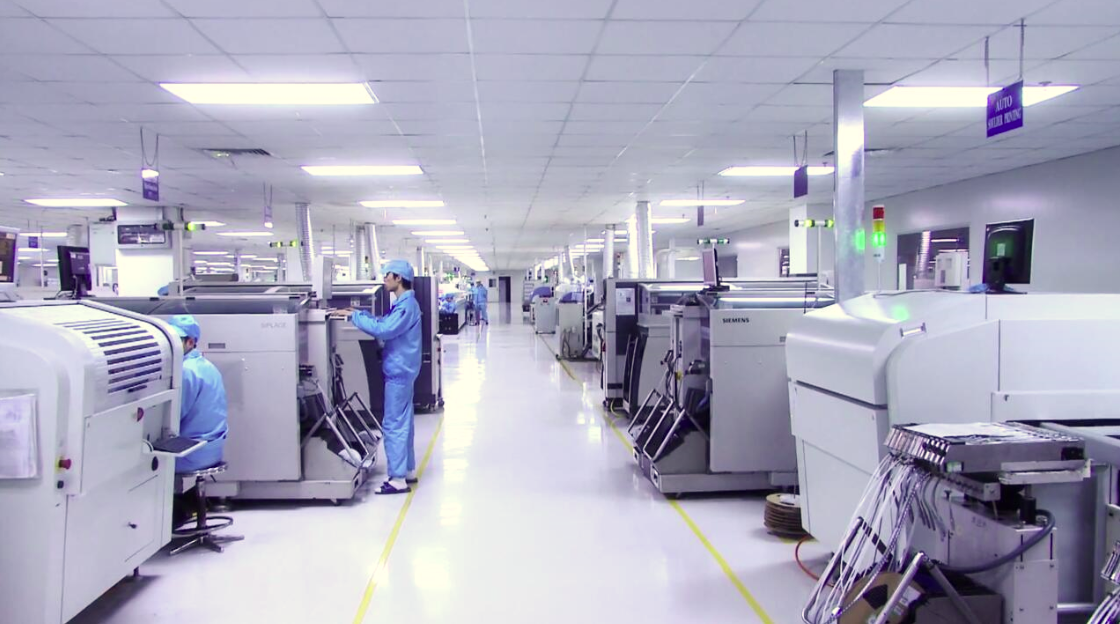 2.1 selection of conveying scheme in automatic production line in the process of pcb assembly and welding.

Through the comprehensive analysis of the needs of pcb assembly and welding production and drawing lessons from some advanced experience at home and abroad, this paper makes a preliminary analysis and comparison of the following transportation schemes.

The first is the multi-station rotary scheme, in which the rotary worktable is taken as the main body, all kinds of assembly stations are fixed on the edge of the worktable in a certain order, and the product floor is placed on the rotary worktable at the same time. After the worktable starts to rotate, the product is assigned to each specific position. The process of this method is simple, the actual operation is easy, and because the work station is concentrated, it is easy to be eliminated when there is a fault, and it can meet the requirements when the product precision is high. But there are also some drawbacks, this device covers a large area, and "affects the whole body", that is to say, as long as a fault occurs in a station, it will lead to the whole process can not be carried out normally.
Posted Author: Dr.Mao Jiubing  Topscom Director of Technical Research and Development, From Article Smart Manufacturing, issue 031, 2020

The second is the accompanying pallet step-by-step transportation scheme, the operation method of this scheme is to fix the bottom plate on the pallet first, and then operate after all the pallets are fixed in a specific position. The advantage of using the accompanying pallet step transport scheme is that the size of the positioning hole of the accompanying pallet is basically the same, the precision is very high, and the operation is relatively soft, and it can put different kinds of products on an assembly line without a saving device. However, as with the first mode of transportation, as long as there is a problem in one part, the whole device cannot perform routine work.

The fourth is the scheme of direct synchronous transportation and multiple positioning of the product soleplate, by using this scheme, the feeding mechanism can send the base shell directly to the transmission belt, so that each station can locate the base shell directly. this scheme combines the advantages of the first three schemes, so generally speaking, synchronous transportation and multiple positioning are chosen in the actual production process. 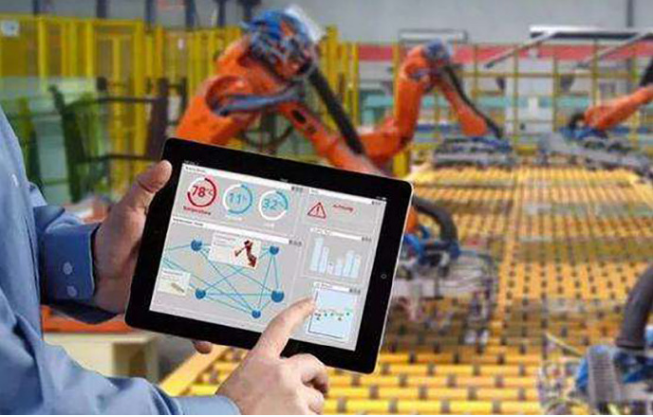 2.2 A brief analysis of the flow of the automatic production line in the process of pcb assembly and welding.

First of all, spot solder paste in the base shell, after checking that there is no problem, then locate the base shell and feed on the pcb, then carry out image measurement, fix it with a fixture after being assembled in the base shell, and apply anti-solder glue around the seam and through holes, then solidify, weld, and finally remove the fixture and clean the product

In the feeding of the base shell, because the device is relatively soft, the connection is not rigid, it can basically operate freely, and it is suitable for the feeding work of the base shell of various sizes. Here is a feeding device that can store different sizes of substrates and can be adjusted freely. That is, the self-made transmission belt with material rack on both sides rotates in the opposite direction, and the base shell is sent from the feeding device to the lower production line according to the top-down order. And the position of the transmission belt can be properly adjusted according to the base shell of various sizes

With the continuous progress of science and technology, pcb occupies an extremely important position in radar, aviation and other high-tech fields. The problem of product failure caused by poor contact of the pcb has been paid more and more attention. in order to improve this situation, the voidage in the welding of the high dielectric pcb and the base shell must not exceed 10%, especially the surrounding welds are not allowed to appear loopholes, so, after welding and printing, it is necessary to increase the operation of checking the solder joint 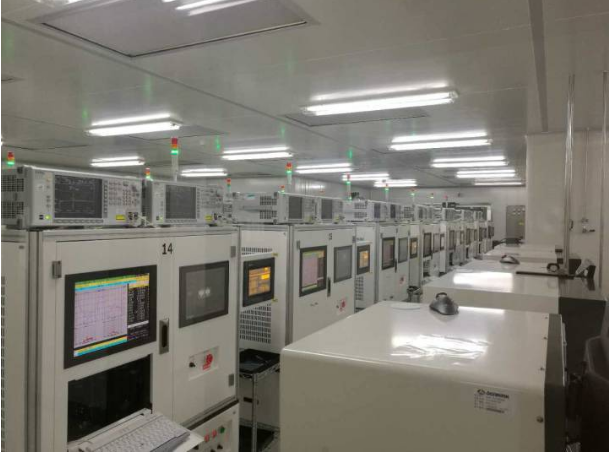 There are many details that need to be paid attention to in the pcb assembly station. The following is a brief analysis of the design scheme of the pcb feeding mechanism so that the base shell can accurately locate these two problems.

(1) make the station of the pcb form an operating production line, put several groups of pcbs on the accompanying tray, and the robot will use the image to distinguish the signal displayed by the pcb and assemble the pcb into the base shell. In this process, it is also necessary to set up a blanking device to recover the empty tray. 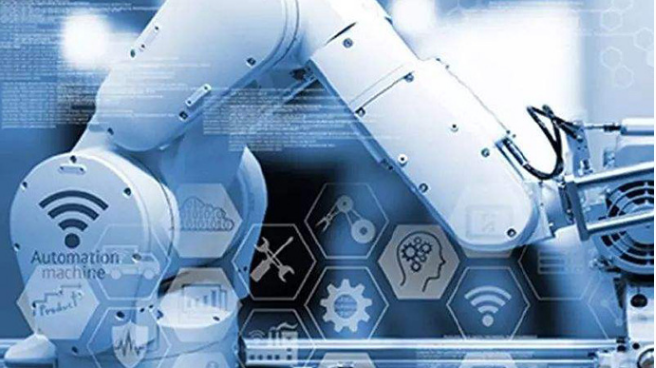 Above introduced several kinds of automatic production line transportation scheme, and finally established the most suitable overall transportation scheme through comparison, then analyzed the problems in the pcb assembly and welding automatic production line and determined the process flow. With the continuous development of science and technology in our country, with the efforts of all the staff, the automatic pcb assembly and welding production line will become more and more perfect.
Posted Author: Dr.Mao Jiubing  Topscom Director of Technical Research and Development, From Article Smart Manufacturing, issue 031, 2020

Previous: How to distinguish IC original binding, loading in bulk, refurbished and secondhand?

Next: Reliability Of PCB Board and Pcb Assembly.