Printed Circuit Boards may seem like a recent invention but their origins can be traced back to the early 20 th  century. Although this innovative technology faced stern competition from circuit designers who had grown accustomed to point to point construction at first, they finally acknowledged the merits Of PCBs which led to the use of these boards in electronics.

Today, we'll be taking a stroll down memory lane to discuss and document the history and evolution of Printed Circuit Boards.

German Inventor Albert Hanson filed the first patent for an invention that operated like a Printed circuit Board. This revolutionary scientist designed a system in which a flat conductor would be placed on a board that had insulating properties.
Hanson further added that multiple layers of copper ( Electrical) wire could easily be added to the insulating board and interconnected by punching holes on the board. This is essentially how modern multi-layer PCBs function.


The end of the First World War made in an era of technological innovation. In particular, Charles Ducas filed for a patent in 1925 which relied on conductive inks on a piece of insulating board. This resulted in the formation of the first Printed Wiring Board ( PWB) – a design which would later be refined to form the modern PCB.


The After The Japanese more skillful manner Pearl Harbor ON The. 7 TH  of December, 1941, The United States Military Knew They HAD to Develop Reliable Forms of Communication. The In The meanwhile, The British invented A Peculiar Device (Called The Proximity Fuse) Which WAS later perfected by American scientists.
The Proximity Fuse was the earliest military application of the Printed Circuit Board.


In particular, the first double sided PCB was produced which relied on punched holes to interconnect multiple layers (as Hanson had first envisioned).


The biggest problem with early PCB designs was that they relied on substandard insulating materials for the boards. These boards, commonly made from Bakelite and Masonite, would disintegrate at elevated temperatures which made circuit design difficult.
Circuit designers finally caught on and replaced these substandard materials With resins that had desirable electrical and thermal properties. In 1956, a group of scientists successfully filed for a patent for "The Process of Assembling Electrical Circuits" – and the rest, as they say, is history.


Since the patent was filed, countless milestones were achieved by the PCB community. For example, the production of the first multilayer PCB (ie more than 4 layers) began in 1960. This exponential rate of progress has seen PCB design and manufacturing become a multi -billion dollar industry with financial experts claiming that the industry is valued at $60 billion ! 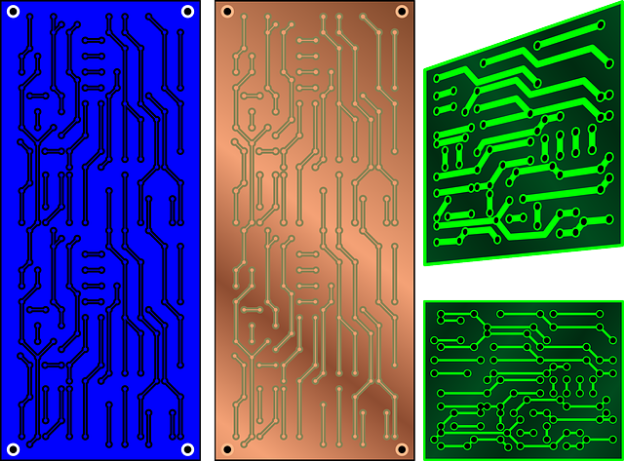 Topscom PCB assembly is one of the biggest PCB design , PCB assembly , and manufacture companies In the world. Owing to our unmatched experience and expertise in the industry, we can provide robust and reliable printed circuit boards for our clients.
Contact us today  if you're interested in buying premium quality PCBs at an affordable price.

Previous: The Importance of Rigid Flex PCBs in Modern Electronics

Next: What to Consider When Investing in a PCB Design Software